from This Is Not For Children by Mischief Brew 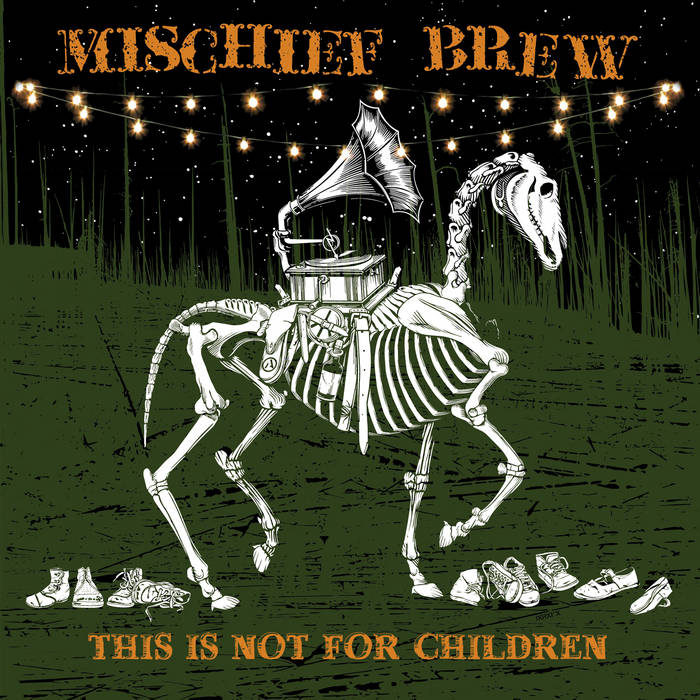 (CHORUS): You’ve got squatter envy
As the hours drag on like a day
The desire to toss the banker, landlord, and boss
It was brimming but you pissed it away

Better put down the irons and woods
There are chains to be cut
I say it’s time for you to find out what it’s really like
To hit in the rough
Come on, your posh garden parties ain’t foolin’ no one
As you flash your cash clips out,
They must weigh a ton
I’m tellin’ you, your life would be so much better
If you just fucked it up

Here’s your new church, blood, body
No god, no priest
Cause you can’t get to heaven
Bustin’ unions, spillin’ jobs in the sea
Let the Ash n’ Palm robber barons send their amens
Then go back to their bunkers, food rotting in bins
Hate the kids, crash the cars, send the checks in
Sweetly singing, “Kill me please.”

Rich is poor
Poor is rich
I say bullshit
Gold is grime
Hey, that’s just fine
Cause I want yours and you want mine

Now gather around, I got a far-fetched story to spin
Where we sling, swing, drive, dig, cook, clean, teach for the life you live in
And we’ll take the hard knocks if the wages are right
But you’ve shown time and time again, you can’t play nice
I hope the ropes and pistols send you packin’
On the great junk train to paradise