from Smash The Windows (2016 Reissue) by Mischief Brew 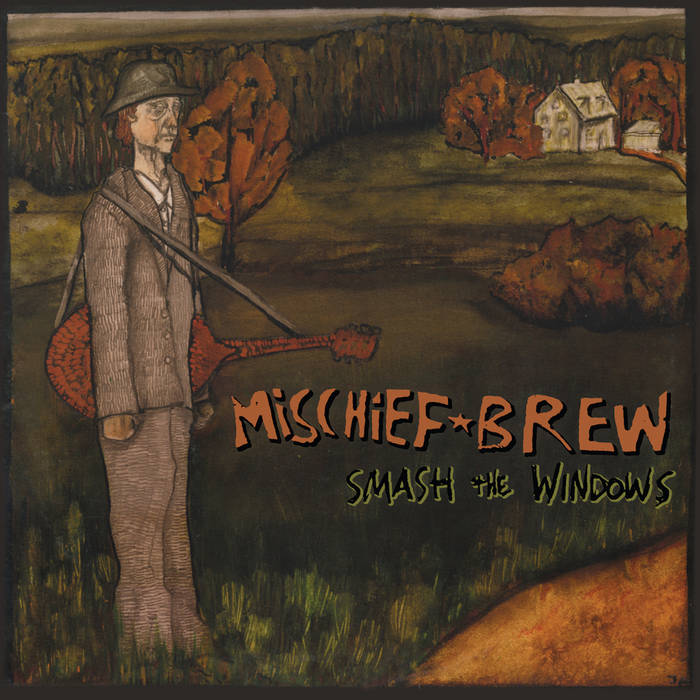 This song was supposed to appear on "Smash The Windows" as track 8, between "Swing Against The Nazis" and "From The Rooftops." When I listened to the final mixes in sequence, this one stuck out in a weird way all around. I think "Smash The Windows" is a fun, unique sounding album...however this track, for a number of reasons, tipped the scales and took it to a darker place that I don't think it needed to go. I think the lyrics are simultaneously very powerful and fucked up, in terms of being an anti-colonialist/anti-racist song. But they are also from the voice of the oppressor, the racist, the colonialist... which is a tough thing to pull off in song. A film actor can play a nazi, or a cop, or a monster and we'll appreciate their performance. When it comes to music, however, most people assume that the voice of the singer and the character in the song are the same... not always so. It's can be a very powerful tactic, but it's kinda like playing with fire. This is the reason X stopped playing "Johnny Hit And Run Paulene" live: it's an anti-rape song with an anthemic chorus, but they got tired of seeing teenage boys pump their fists in the air during the chorus' accents.

Over ten years later and I still don't know how I feel about it. I've certainly considered giving it out to labels as a compilation track, or for a 7", but then decided not to. But here it is, finally. Enjoy it, judge it, but take it with a grain of salt (or pepper).

Some specific books inspired the song, to the point that some lyrics are direct references to certain parts of the text.
"The Open Veins Of Latin America" by Eduardo Galeano
"No Logo" by Naomi Klein
"A People's History Of The United States" by Howard Zinn

Not worth a bale of cotton
Sold at the auction block
When northern aggression puts you out of a job
There are fresh fields elsewhere, new chains and rocks
And everywhere you turn, another cop

They've never seen steel
They touch it and bleed
They'll make for good servants
To wash master's feet
Can't get what they got
Boss says, "Get a job!"
Plenty of shoes to shine
And marble to mop

Not worth a pound of coffee
In a corporation's mug
Thanks to backwards nations, you can save your sweat and blood
"You see, we use wood, dear. And they use mud.
And that's why we look down and they look up."

Not worth a barrel of oil
Sing the air raid lullaby
Pick up screaming little one, run from falling sky
But don't you cry
Rats don't have feelings, not like you and I
They don't go the same place when they die

The world is concrete
Corn, gasoline
Oil, wood, sugar
The dawn's coffee bean
One million children
Or one of our own
Which side weighs more?
A ton of pepper or a ton of gold?