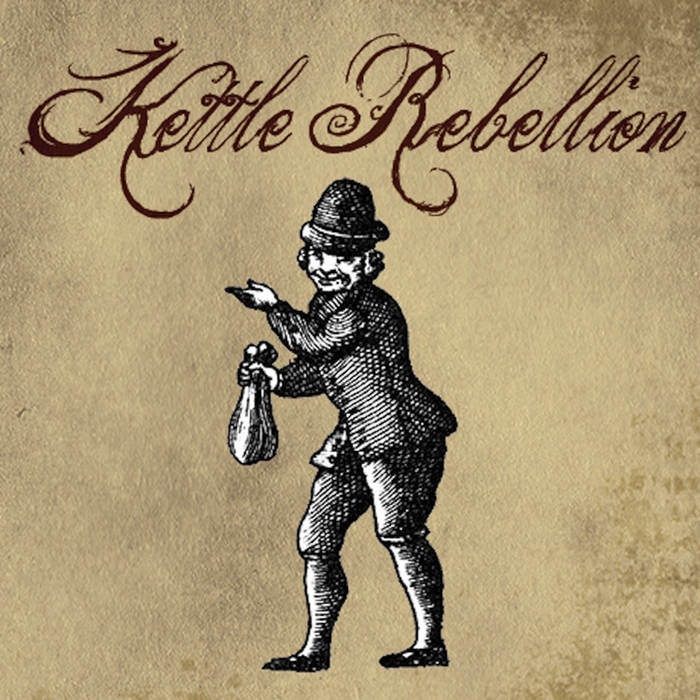 Gwynplaine de Pétroleuse Squatter Folk Punk for people who yell at cops and sabotage their workplaces. Fast and gritty. Favorite track: Away With Purity.

Kettle Rebellion was the first "full-band" incarnation of Mischief Brew. Formed in 2001, after the "Mirth" demo was unleashed, the band only played five shows in Philly, recorded eight songs in 2002, and that was that. The songs were never mastered nor released. A few years later, some kids were staying at Erik and Denise's house and one of them swiped the final mixes. He made up his own song titles (because they weren't listed), and put it on Soulseek as a "rare Mischief Brew record." That totally sucked. Twelve years later, we secured an adequate high-bitrate backup copy so we seized the opportunity, mastered it, and now are finally releasing it. It is limited to 250 copies on oxblood vinyl so don't delay! Also available on April 1st digitally, and on CD from Different Circle Records, UK. Tolkien-style medieval anarcho-balladry.

Here is the REAL track listing, not the invented one:
1. Seeking The Brave
2. Victory Dance Of The Outlanders
3. A Liquor Never Brewed
4. Away With Purity
5. Barratry Call
6. The Master Is A Drunkard
7. Doomsday Evening
8. Storming The Sandcastles